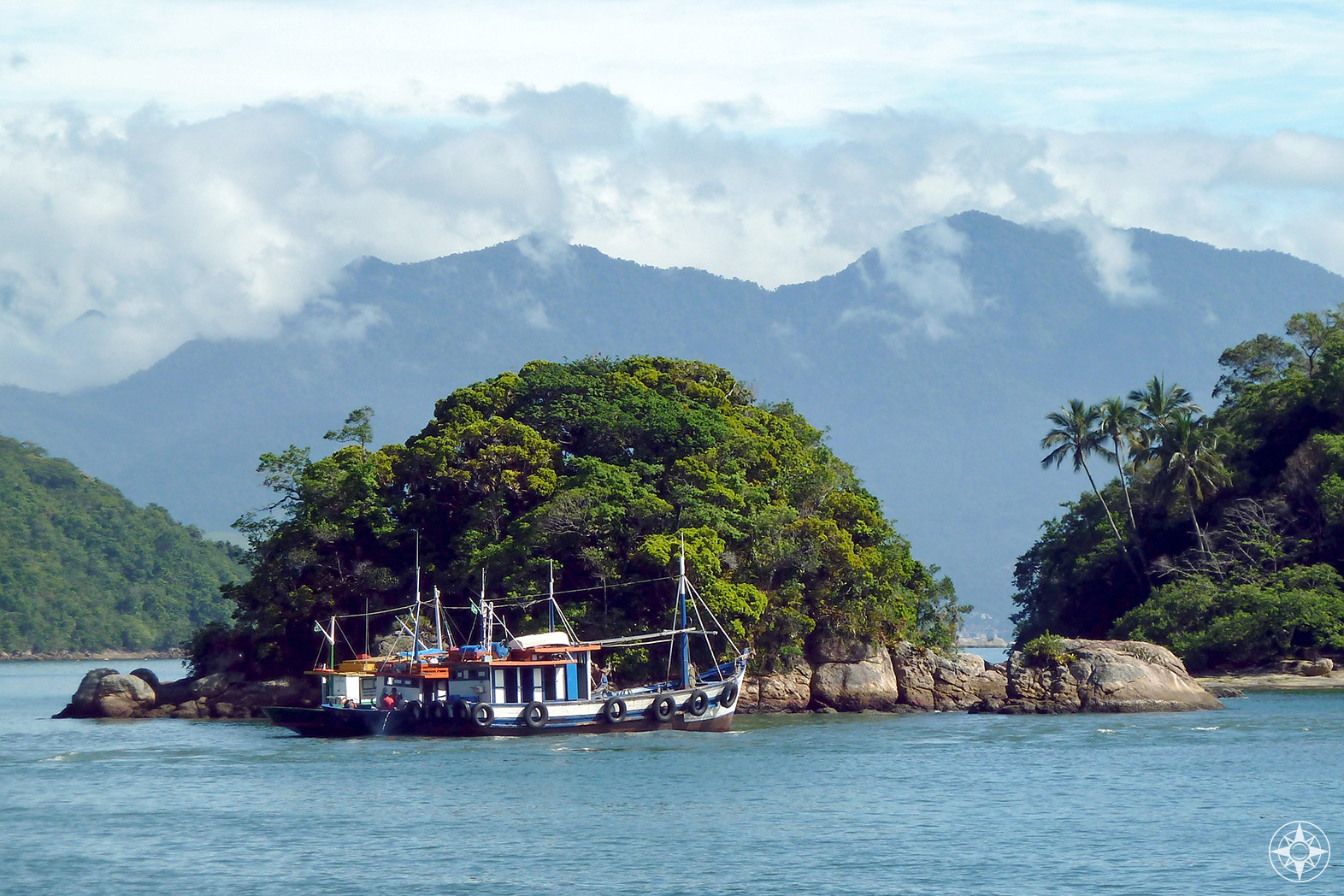 The Brazilian island Ilha Grande is a tropical paradise with magnificent beaches, hiking trails criss-crossing through rainforest and no cars! Maybe its dark history had kept development at bay until fairly recently…

Despite being only a few hours south-west of Rio de Janeiro, Ilha Grande is a world removed. There are countless beaches on the 193 km2 (75 sq mi) island and about 150 km (90 miles) of hiking trails. But there’s only one major village, Vila do Abraão, with a population under 2,000. Abraão offers access to the mainland via ferry and most of the island’s accommodations and restaurants. But there are campgrounds and rooms-for-rent near many of the other beaches as well.

To get to any of the other beaches and sites on Ilha Grande, you’ll have to hike through the forest or take a boat. There are no private cars on the entire island (just emergency vehicles and a garbage truck).

Ilha Grande has remained so wonderfully underdeveloped because it was closed to free settlement for about 100 years. At first, it was a leper colony and later housed a high-security prison for political and the most dangerous prisoners. The prison was closed in 1994. Remnants can be found near the beach of the Dois Rios settlement.

Ilha Grande is a paradise for all who love to hike, explore and relax on a gorgeous beach. The extra lucky ones might even see a sloth, howler monkey or penguin. But everyone who hikes can appreciate ascending up hills through dense jungle and suddenly reaching a clearing to look down on the blue water and green hills below. Or how about hiking through the mist of a warm cloud and then stepping out onto a vast beach where a vendor is waiting to sell you a cold beer? Or coming upon the 19th century aqueduct, the former leper colony, the waterfall, the natural swimming hole, the former prison or beach after beach after beach.


All photos in this post were taken by Luci Westphal. By clicking on any photo you can see a much larger high-resolution version.