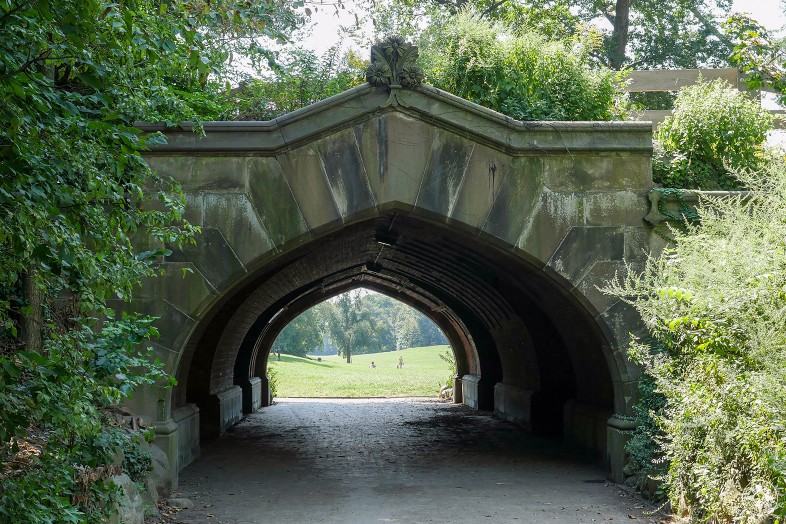 The vast and diverse Prospect Park in Brooklyn is arguably the best park in New York City – maybe in the world. But we’re probably as biased as the thousands of others who have called this park their backyard.

Supposedly, even designers Frederick Law Olmsted and Calvert Vaux considered Prospect Park an improvement over their previously created Central Park in Manhattan. Or maybe that’s just one of those hyper-local urban myths. At least they appreciated that they weren’t as restricted as with the rectangular Manhattan park.

Okay, so we’re not objective. Prospect Park was our local park for over a decade**. And since the urban park is located more or less in the heart of Brooklyn, which has an estimated population of about 2.6 million, it’s also simply the closest big green park for so very many other people.

Because Brooklyn is still very diverse, despite ongoing gentrification, Prospect Park is also a place where people of all backgrounds go to be in nature, meet friends, have fun, and be happier. In that sense, the park can also be seen as being at the heart of people getting along despite their other difference. Here we’re all just neighbors.

Prospect Park has so much nature, culture, activities, and people-watching to offer that it’s a NYC must-see. So no matter if you live in the city or are just visiting, we highly recommend you plan a relaxing, fun, and rejuvenating visit to Prospect Park. Leave all your stress behind and come out refreshed and rebalanced.

The city park was designed by Frederick Law Olmsted and Calvert Vaux and first opened in 1867. Olmstead focused more of the landscape design (parts of the park are inspired by the Adirondack Mountains), the architect Vaux specialized in the buildings and bridges. Since then many of the original buildings designed by Vaux have been destroyed and other structures have been put up in their place.

At nearly 1 mile length, the Long Meadow is the longest meadow in any urban park in the USA. The Ravine, Brooklyn’s only forest, features 150 acres of woods, a creek and even small waterfalls.

The park is open every day from 5am to 1am. There is no entry fee.

Private vehicles are no longer allowed to drive on the roads inside the park. The main roads (Park Drive, Center Drive, Wellhouse Drive) are now shared mostly by people on bikes, skates, skateboards and running shoes. Everyone on wheels should move counterclockwise around the Loop on Park Drive (aka West Drive and East Drive). All other paths and trails are for pedestrians, dogs on leashes and wildlife only. There are lots of turtles. You don’t want your dog licking a turtle shell. Also, don’t touch them. The turtles, that is.

There are several subway stations on the outskirts of the park: on the F + G lines (7th Avenue, 15th St – Prospect Park, Fort Hamilton Parkway), on the 2 + 3 + 4 (Grand Army Plaza, Franklin Ave), and on the B + Q (Prospect Park, Parkside Ave). Various bus lines stop along the different sides of the park.

How about cycling up to the Brooklyn park? Bike lanes can be found on streets leading up to the park. Keep in mind that the park is on a hill – it was named after its “highest peak”: Mount Prospect.

Car parking spots around Prospect Park are limited but not impossible to find. Good luck.

Smoking, alcoholic beverages and loudly amplified music are officially not allowed in Prospect Park. There are lots of grills, tables and benches to be found around the park. Grilling is only allowed in designated areas.

Dogs need to be on leashes except for the amazing off-leash hours (!!!) in the park. This is when we get to the many reasons why we think Prospect Park is the best urban park!

12 Reasons Why Prospect Park is the Best City Park

As mentioned above, right outside the north entrance of Prospect Park is Grand Army Plaza. Besides the arch, fountain, and statues, it’s also home to New York City’s 2nd largest greenmarket on Saturdays. There are several more places worth a visit on their own accord in walking distance. Well, it depends on which side of the park you are and how much you like to walk. Our favorites are the Brooklyn Central Library, Brooklyn Botanic Garden, Brooklyn Museum, and on the other side of the park the magnificent Green-Wood Cemetery.

Traveling back in time, here is a 1-minute video about the park from Luci’s weekly Moving Postcard web series from back in 2011: Prospect Park – In A Brooklyn Minute (Week 73)

Have you been to Prospect Park? Is it your local park? What’s your favorite part? Do you have a different favorite city park? Which city – and what do you like about it so much?

All photos in this post were taken by Luci Westphal. See all and more in the park gallery on her website. Click on any image to see a larger, higher resolution version.

**… it’s the park where we got lost when we first moved to Brooklyn and where we built our first NYC snowman. Here we participated in the legendary “Park Slope against The World” lawn games, got hooked on running and saw hasidic women jog along in long dresses and buddhists in robes – and women in full hijab play frisbee. It’s where we filmed short films and music videos, attended lots of picnics and concerts and where one afternoon Luci recognized Nick Cave’s voice during a soundcheck for a surprise appearance for a Leonard Cohen tribute later that night… and it’s the park we still miss dearly and visit everytime we’re back in New York. It’s home.