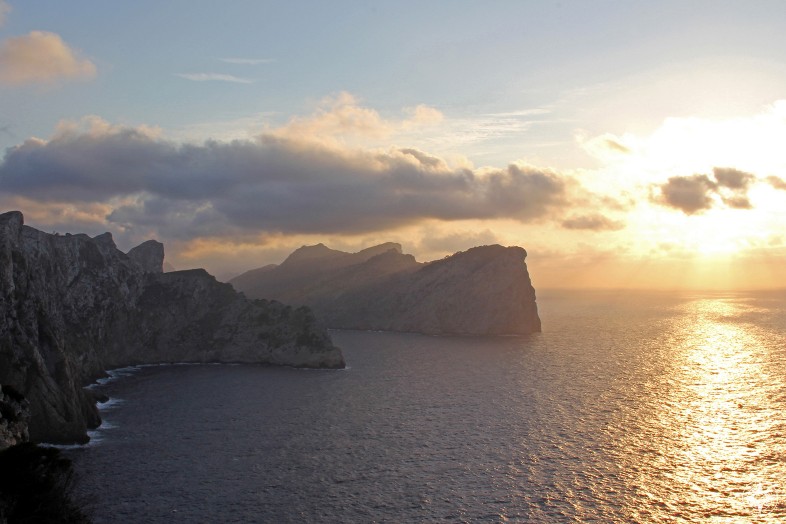 The Mediterranean island Mallorca is one of those magical places where the mountains meet the sea, where wildlife mingles with historic buildings, and the weather is as lovely as the food.

Mallorca (aka Majorca) is the largest of the Balearic Islands just off the Spanish mainland in the Mediterranean Sea. It can be reached by plane from most European airports or via a 7:30-hour ferry ride from Barcelona (distance about 200 km / 125 miles).

With all its perks of warm and dry climate, rugged mountains, sand beaches, mediterranean food, Catalan culture, and proximity to mainland Spain, it’s no wonder it’s been a popular destination for European tourists and expats. Being also a very affordable place, it’s been a magnet especially for young people looking to party hard and for expats who are done with the grey skies of Northern Europe. If you just head to the popular beaches of south-east Mallorca, you’ll mostly hear German, Dutch and English spoken – or sung drunkenly.

But this is far from all that Mallorca is about. If you turn your back on the beaches in the south-east, you’ll discover a completely different island. Because of Mallorca’s beautiful landscape of mountains and the sea and its rich history (mainly Moorish and Spanish) there are so many amazing and quieter places to discover. Here are just a few ideas of where to escape the crowded beaches, take in some nature, or explore a bit of history.

The Serra de Tramuntana (Tramuntana Mountain Range) stretch along the north-west to south-west coast of Mallorca – making up about a third of the island. From Palma de Mallorca, the island’s capital, the Tramuntanas can be reached in less than an hour. The mountain region invites you to spend hours or days sipping wine, hiking, cycling, eating olives, swimming, fishing or whatever you do that makes you happier.

We highly recommend a Tramuntana Road Trip – for the views from the road alone. Even UNESCO declared the Sierra de Tramontana (Spanish spelling) a World Heritage Site because of its natural and cultural significance. If you were to drive from the town of Calvià (about 45 minutes west of Palma de Mallorca) via Valdemossa to Cap de Formentor along the scenic mountain roads, the entire drive (without stops) would take you about 4 hours. Here are a few glimpses from those roads…

Stop in Vila Calvià (a 45-minute drive from Palma) for a little bit of history and as a jumping off point into the Serra Tramuntana to the west or to visit coves and beaches to the south.

Valldemossa is a picturesque village in a valley of the Tramuntana Mountains. It’s worth a visit because of it’s lovely natural setting and charming cobble stone streets and rustic architecture. But the town is probably best known for the Valldemossa Charterhouse or Cartoixa de Valldemossa (Carthusian Monastery of Valldemossa) – a palace and former monastery established in the 15th century. During the winter of 1838-39, the composer Frédéric Chopin and the writer George Sand stayed and created at the Charterhouse.

Down a windy mountain road from Valldemossa, you will discover the small seaside village Port de Valldemossa. A perfect place to cool off, watch a sunset, meet some cats, and dream of living in a seaside mountain village with your own little boat.

The most northern tip of the Balearic island of Mallorca is probably the best place to watch a sunset – as you can see in the featured image at the top of the post. The rugged Formentor coastline adds just the right dash of additional drama to the change in color and light of the sun setting into the sea. Of course, you also get to see the lighthouse and maybe eve some wildlife.

Your Own Secluded Beach

The island of Mallorca is about 3,640 square km big – and its most known for its beautiful sand beaches and turquoise sea. So keep going, keep looking and maybe you’ll find a little bit of beach all to yourself…

All photos in the post were taken by Luci – as were all these other photos of Spain. Special thank you to Bine for all the driving – and to Gilly for being Gilly.

30 thoughts on “Where Mountains Meet the Sea: The Quieter Side of Mallorca (Balearic Islands, Spain)”